ADVERTISEMENT
What Is Microsoft CEO Satya Nadella Really Worth? 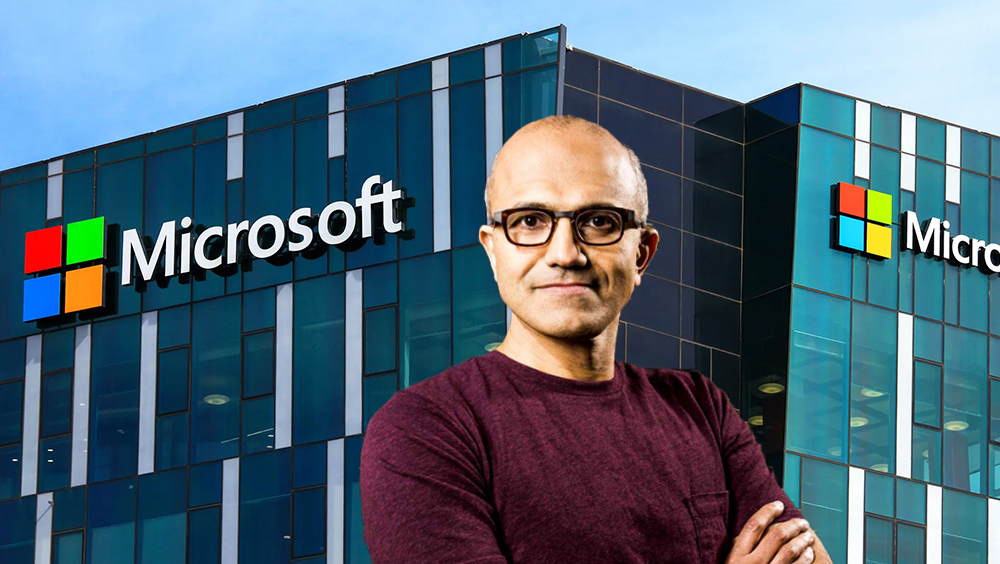 Satya Nadella is only the third person to hold the title of Microsoft CEO. While Nadella started with the company in 1992, he didn't take the reins until former CEO, Steve Ballmer, stepped down in 2014. Since he began his new role, Nadella has dramatically changed the way of work at Microsoft. His calming management style is a welcoming presence, especially in light of rumors of aggressive behavior from former leaders.

His management style isn't the only change Nadella made at Microsoft. In fact, one of his most controversial decisions was to abandon the company's operations in the mobile phone industry. To replace this loss, Nadella made cloud computing a top priority. Little did he know at the time that these efforts would pay off during the pandemic. Since the onset of the pandemic, Microsoft 365 subscription service has grown to more than 50 million subscribers.

Under Nadella's leadership, Microsoft now has partnerships with major companies, such as Salesforce and RedHat. The company has also made several notable acquisitions, purchasing gaming company Mojang in 2014, popular social media networking site LinkedIn in 2016 and software development company GitHub in 2018.

Thanks partly to these decisions, Microsoft's market capitalization soared from just over $300 billion when Nadella took over in 2014 to more than $2.5 trillion today. This growth puts Microsoft well above competitors, such as Apple and Google. Microsoft stock also has risen from around $39 per share in 2014 to over $300 per share in 2022.

Microsoft has rewarded Nadella handsomely for his efforts. According to Microsoft's fiscal records ending June 30, 2021, Nadella's total compensation package is $49.9 million, which accounts for his $2.5 million base salary, $33.2 million in stock options and a $14.2 million cash bonus.

Thanks to these stock options and cash bonuses and Nadella's personal investments, such as becoming a partial owner of the Seattle Sounders professional soccer team, he now has a net worth of over $850 million, of which $256 million is in Microsoft stock.

It doesn't seem like Nadella's position with Microsoft is in jeopardy anytime soon, so his wealth is likely to continue to grow in the years to come.