ADVERTISEMENT
Which Companies Are the Biggest Threat to Yeti’s Continued Success? 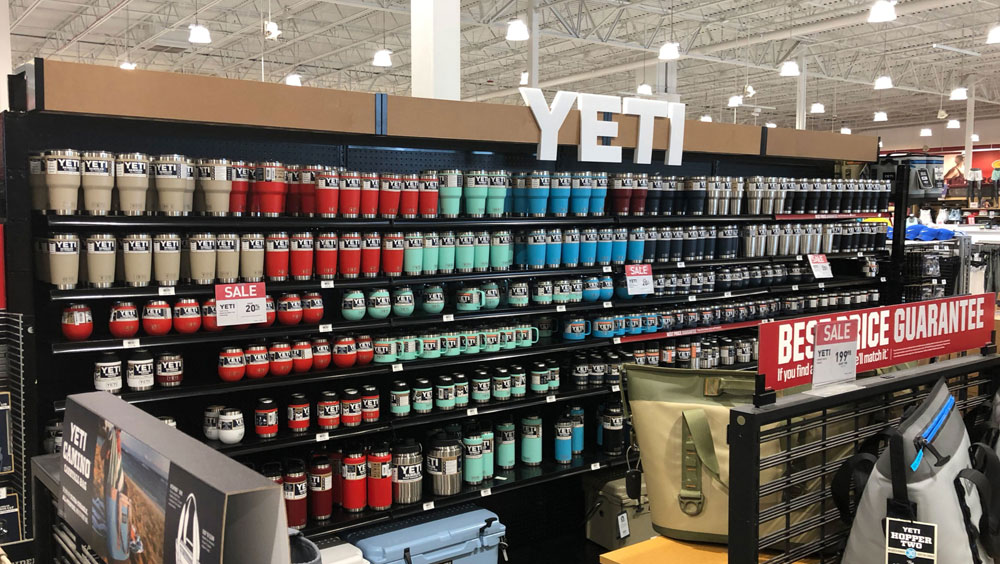 Yeti Coolers LLC entered the soft and hard cooler market in 2006 with a mission to build high-quality products that consumers can use daily. Today, the company also offers drinkware, bags, outdoor gear, and custom products. Founders Ryan and Roy Seiders chose to take the company public in 2018, and in 2020 it transitioned from a wholesale to a direct-to-consumer model.

This change certainly paid off. For the first time in its history, Yeti saw over $1 billion annual revenue, solidifying its top spot in the cooler industry. While there’s no denying that Yeti leads the pack, the following cooler and drinkware manufacturers are competing to steal some of Yeti’s customers.

With annual revenue of over $500 million, more than 70 years in business, and a solid reputation with consumers, Igloo is Yeti’s biggest competitor. Its products have a significantly lower price tag than Yeti’s, which accounts for some of the revenue difference. Additionally, Igloo’s recent acquisition by Dometic may help it expand its customer base.

While RTIC Coolers may be a newer company, it’s managed to secure a $200 million annual revenue in just five years. This rapid growth makes RTIC a strong contender and one that Yeti is no doubt watching closely. Its products tend to be lighter and more affordable than Yeti’s offerings, making it an attractive option for many consumers.

OtterBox may be best known for its durable phone cases, but it also sells hard and soft coolers, drinkware, and bags. While its annual revenue is just over $100 million, the OtterBox cooler outperformed Yeti’s brand in a recent study by Men’s Journal. This factor alone makes OtterBox a strong competitor.

Hydro Flask may specialize in steel drinkware, such as water bottles, tumblers, and mugs, but it now offers soft coolers and lunch bags as well. Its eco-friendly branding attracts conscientious celebrities, including Julianne Hough, Lucy Hale, and Jonah Hill, and its affordable price tag is a hit among teenagers and young adults.

It’s hard to create a list of Yeti competitors without including Coleman. Despite its 122-year history, the company is still recovering from 2020 allegations of misleading consumers. The verdict is still out on whether the company can fully recover.

ORCA prides itself as one of the few fully American-made cooler manufacturers. Its acquisition by MacNeill Group in 2020 helps the company remain a strong competitor. Furthermore, it currently has licensing agreements with several sports teams in the NFL, MLB, NHL, and NCAA colleges.

It's likely to be interesting to see what impact these competitors may make in the upcoming years. One thing’s for sure — Yeti’s products need to continue outperforming if the company hopes to remain on top.